The Burke Stomach: A Story of Health Equity 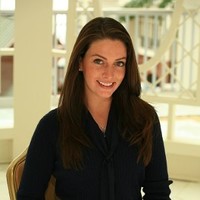 As a child growing up in Appalachia, I knew of an ailment called “The Burke Stomach.” My mom and grandpa were self-diagnosed with this terrible disease that caused them to writhe in pain often and experience a wide range of gastrointestinal issues after meals. If it was ever mentioned to a doctor, they just brushed it off as “The Burke Stomach” and nothing was ever done about it.

Fast forward to my adult years and I became afflicted with this familial disease. I had moved away from West Virginia and was living in a thriving medical community in Charleston, South Carolina. My primary care physician was not satisfied with my diagnosis of “The Burke Stomach” after I told her about the gastrointestinal fireworks that occurred regularly in my life. She ordered blood tests and we learned that “The Burke Stomach” was actually celiac disease.

Luckily my mom and I are doing much better after adopting a very strict gluten free diet, but I can’t help but wonder how much better and longer my grandpa’s life would have been if he had known that the dinner roll he had every evening was actually making him sick.

Why am I telling you this story? Because health equity is not exclusive to socioeconomic, race, or ethnic factors. Rural Americans are a population group that experience significant health disparities. According to research by the Appalachian Regional Commission (ARC), the Robert Wood Johnson Foundation (RWJF), and the Foundation for a Healthy Kentucky, Appalachia has higher mortality rates than the nation in seven of America’s leading causes of death, including heart disease, cancer, chronic obstructive pulmonary disease (COPD), injury, stroke, diabetes, and suicide. To make matters worse this region has lower supplies of health care professionals per 100,000 population when compared with the nation. The data also confirms that the health gap is growing.

Although a lot of people have moved out of this beautiful geographic area, that’s not a practical solution. It may be making matters worse. To successfully reach this underserved population, stereotypes need to be replaced with an understanding of the history, cultural values, beliefs, and communication issues. Improved communication and interactions would go a long way towards improving health outcomes.

Going a step further, programs like Successfully Training and Educating Pre-medical Students (STEPS)provide support such as physician shadowing, mock interviews, and MCAT practice exams for regional students applying to medical school. 88% of participants have been accepted into medical school and the program is growing throughout Kentucky.

As CMS ramps up their focus on health equity, we must include America’s forgotten people. Culturally competent providers, improving high-speed internet access, community workers, and innovative financial reimbursement models are all keys to improving health disparities in Appalachia and the nation’s other rural communities.

Back to Knowledge Center